Right now there are approximately 11 million Canadians suffering from Diabetes or Prediabetes, and a new diagnosis is made every 3 minutes. Diabetes is a leading cause of stroke, heart attack, kidney failure, blindness, and lower limb amputation; it places a huge burden on Canada’s healthcare system and is estimated to cost $15.9 billion per year in direct and indirect costs by 2020. 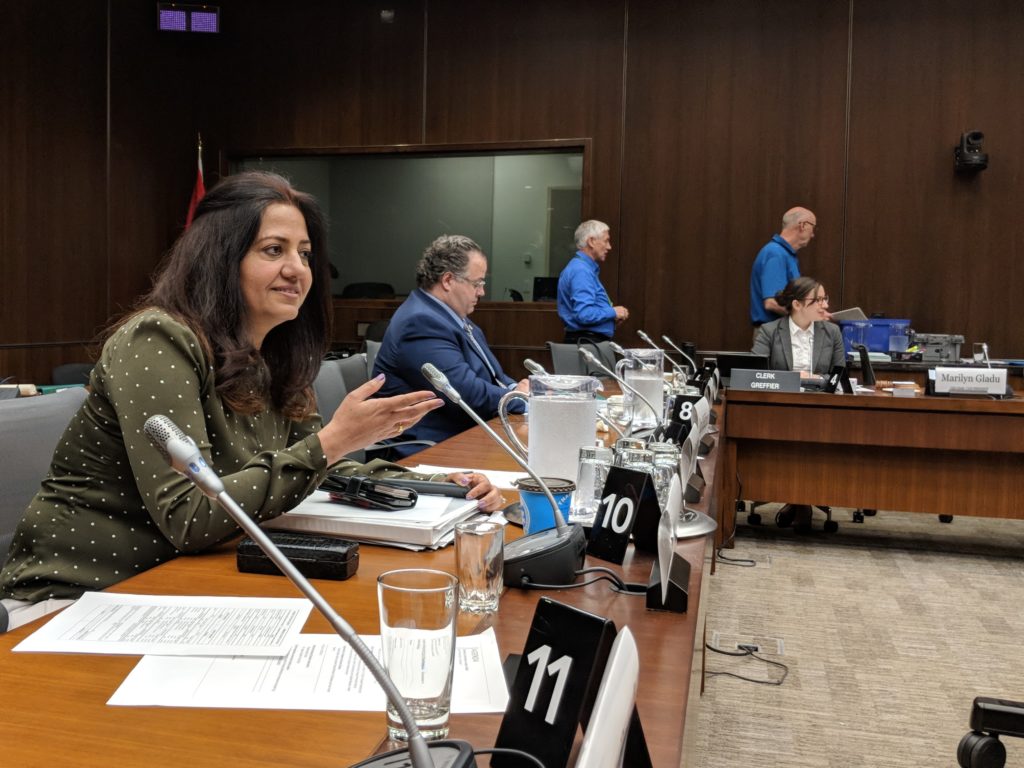 MP Sonia Sidhu has been a parliamentary leader in the fight against diabetes since her election in 2015. MP Sidhu is the Chair of the All Party Diabetes Caucus and a key member of the Standing Committee on Health who have recently begun a study on Diabetes Strategies in Canada and Abroad. 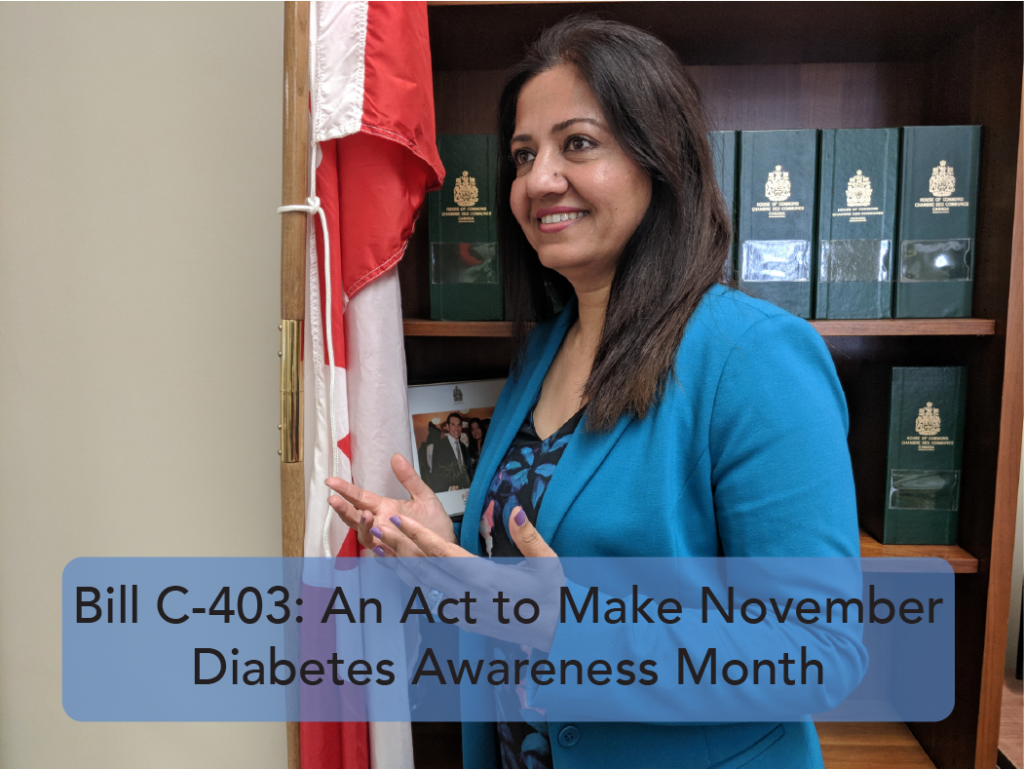 On May 24th, 2018 MP Sidhu presented Bill C-403: The Diabetes Awareness Month Act, to her fellow parliamentarians in the House of Commons. November is recognized as diabetes awareness month by diabetes advocacy organizations such as JDRF and Diabetes Canada as well as the International Diabetes Federation and the Centre for Disease Control. November 14 is recognized by the international community as World Diabetes Day, falling within diabetes awareness month. 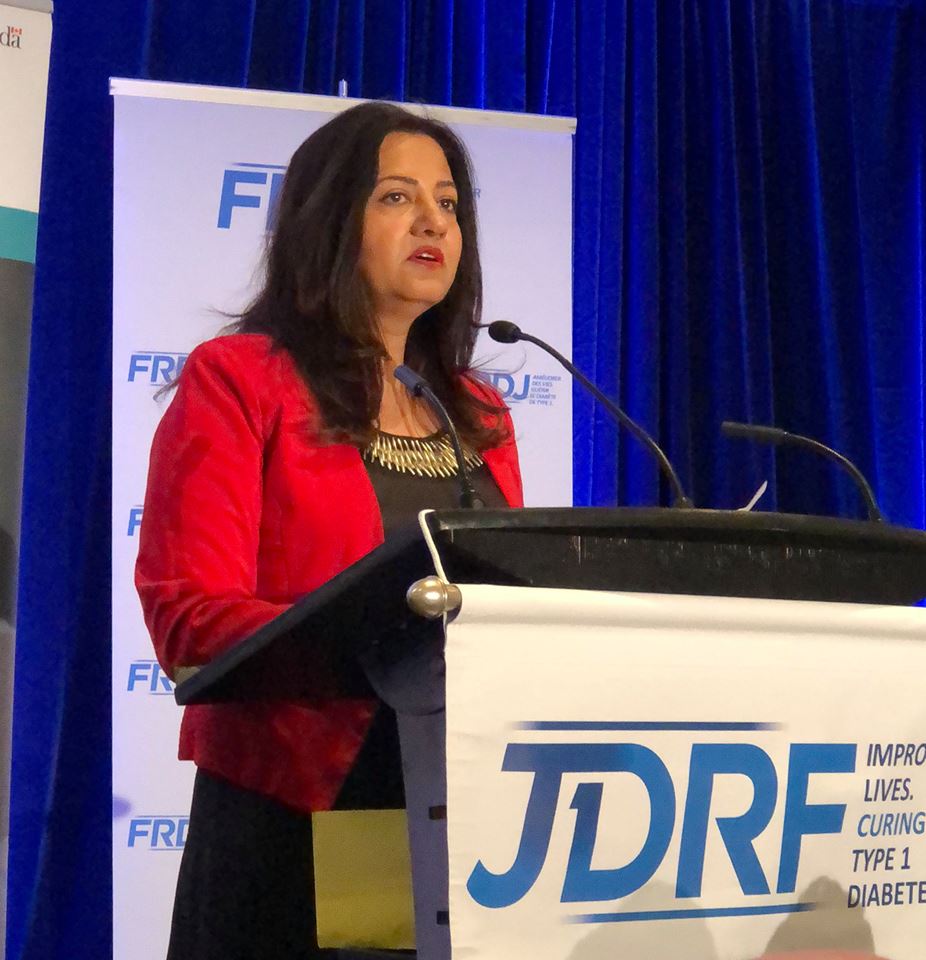 On May 3, 2018 MP Sonia Sidhu, as the Chair of the All-Party Diabetes Caucus on behalf on the Minister of Health, announced $7.7 million of funding towards type 1 diabetes research in partnership with JDRF. The funding will go toward the research efforts of 3 Canadian scientists: Dr. Remi Rabasa-Lhoret from L’Institut de recherches cliniques du Montreal, Dr. Farid Mahmud from the Hospital for Sick Children in Toronto, and Dr. Gillian Booth from St. Michael’s Hospital in Toronto. 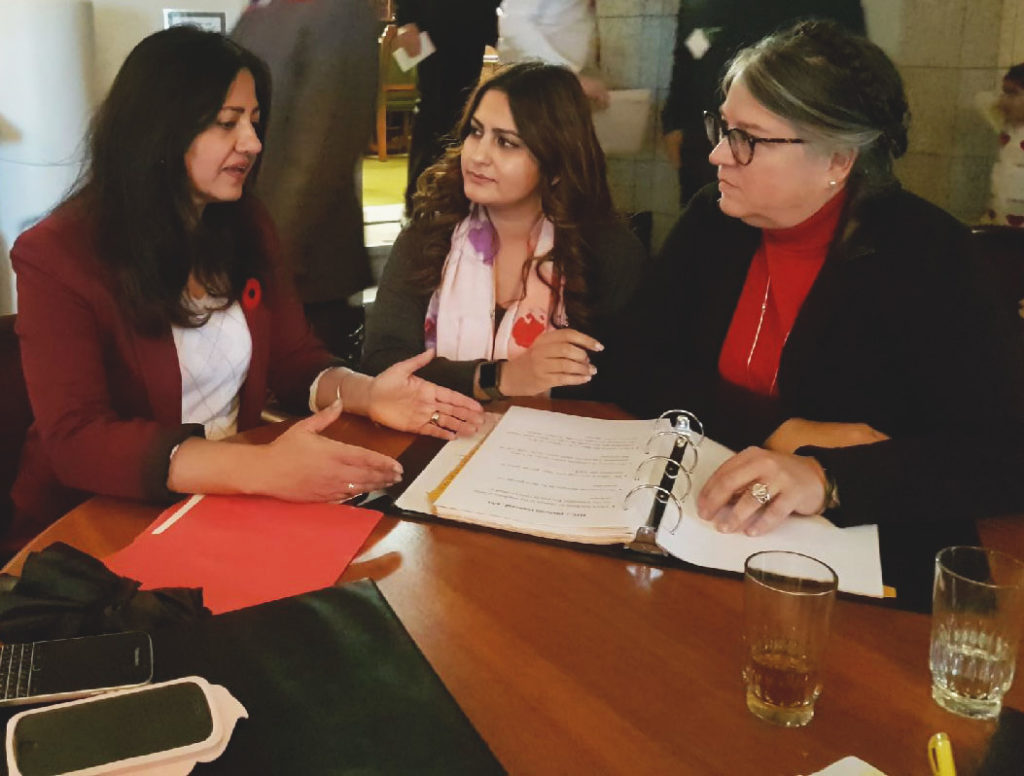 As the Chair of the All-Party #Diabetes Caucus Sonia had heard from constituents, Canadians, and stakeholders about their concerns with the Disability Tax Credit for Type-1 diabetics. She had been working hard with the Minister of Revenue, the Hon. Diane Lebouthillier, to share these concerns with her.

On November 23, 2017 Sonia, rose in the Standing Committee on Finance to ask what was being done to address those concerns. The Minister assured Sonia that Canadians who are entitled to this credit, will receive this credit.

A few weeks after this dialogue, Minister Lebouthillier announced the membership of the re-instated Disability Advisory Committee (DAC). This committee was dissolved under the previous Conservative government in 2006. The DAC will provide the Canada Revenue Agency with a better understanding of stakeholder perspectives and priorities on the administration of measures for Canadians with disabilities. Additionally, the CRA undertook a proactive review of all applications that have been denied. Reassessing these applications helped to ensure that Canadians with disabilities continued to receive the tax credits for which they are eligible.

On November 8th, 2017 MP Sonia Sidhu, rose in the House of Commons to challenge her fellow MP’s to a step contest. MP Sidhu believes that Members of Parliament should step up and show leadership on physical activity and maintaining a healthy lifestyle.